When our teenage daughter feels sick, she asks to go on the mat. It’s amazing to me that the mat has become such an integral part of our lives and that she, as a child with today’s social media savvy, turns to and embraces this alternative healing method. It makes me think of her future growing up and understanding the significance of being open to new ways of thinking about her health. I can see her always having the mat, in not only her own life, but also her future family’s life! A.C. NY, NY

I had pain and swelling in my jaw with no time to see a doctor. After 45 minutes with the mat, pad and probe, the hard, golf ball-sized lump under my jaw was reduced in size and soft to the touch. All pain was gone within a day and has not returned. The PEMF mat saved me a trip to the doctors and I didn’t have to take antibiotics!! A.C., NY, NY

As I approach my 50th birthday , I wake some mornings with arthritic pain in my fingers. After eight minutes of my morning mat session, I find that my hands are back to normal and I feel relieved that I’m not getting too old yet! A.C. NY, NY

As a working mother and Vice President of a leading NYC fashion design company, my high pressure job has me constantly running between offices and leading stress-induced meetings, while juggling a myriad of duties at home. Using the MyPEMF mat twice a day, I enjoy my first eight minutes in the morning, while my daughters are eating breakfast. The mat sets me up for the day with energy and a renewed sense of overall well-being. At night, after dinner is made, homework is completed, and the kids are asleep, I take time before bed to once again capture my eight minutes on the mat to de-stress, relax and unwind. I really feel my body telling itself it’s time for sleep, which is blissful. The mat has become a daily ritual and I feel off kilter if I miss a single day or night!  A.C. NY, NY

I can honestly say that the mat from MyPEMF has changed the quality of life for myself and for my family. I consider us very blessed to own a mat for the past  three years and have seen innumerable small healing miracles, including reducing the swelling in a twisted ankle, alleviating teenage migraines, dispelling infection from dental distress, reducing cold and virus duration, and eliminating arthritis pain. My family continually reaps the rewards. A.C. NY, NY 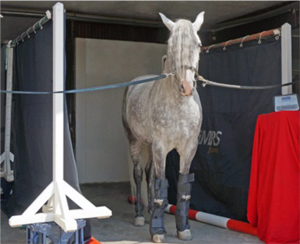 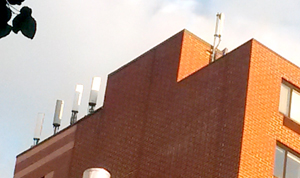 The Russians won the space race with Yuri Gagarin’s his­toric flight around Earth. But in less than two hours, he arrived back on Earth with depression, bone loss, muscle degeneration, decreased metabolism, and impaired perception. Since that historic flight, studies have confirmed that if living cells do not receive the electromagnetic fields (EMF’s) of Earth, they die within hours. These frequencies are only second in need after oxygen for human survival; thus, NASA and the Russian space programs now require all space vehicles and suits to be equipped with EMF technology that mirrors Earth frequencies.

These days, humans and other life forms on Earth are not so different from those early astronauts traveling in space. We are increasingly separated from Earth’s electromagnetic frequencies for many reasons, most notably, because we are bombarded by EMF’s that are exponentially more intense than those waves needed by our cells to survive. Cell phone towers are on our rooftops where we live and work; phones and computers are parked on our ears, wrists, laps and pockets; radar and satellites fill our airspace, to name just a few.

Life forms on Earth require frequencies ranging from 0-30 Hertz in order to be healthy. Yet consider how 0-30 Hertz compares to the damaging frequencies of common devices used throughout our daily lives.

These higher frequencies are like a blanket of smog that penetrates our environment, weakens our connection to Earth frequencies, and puts stress on living cells. Studies show that, as we step into the world of higher frequencies, we are at increased risk for headaches, insomnia, anxiety, depression, inflammation, pain, and cancer to name just a few. 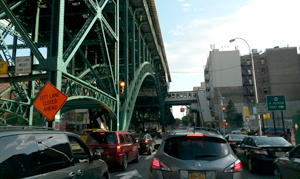 Fortunately, like the astronauts, we are able to maintain a connection to healthy Earth frequencies by using the mat from MyPEMF. Just eight minutes on the mat enables every cell in the body to resonate with Earth frequencies for up to six hours. Just twice a day on the mat gives our bodies the respite they need to support healthy cell function and regeneration. Additional mat minutes support cell recovery from a myriad of conditions such as pain and inflammation. MyPEMF thanks the efforts of so many scientists, including those at NASA, who made a giant leap for mankind when they harnessed the Earth’s frequencies into a technology that can be used by us all.